Kendo is one of the elements of Japanese culture, not only as a sport but it is also artistic and spiritual. It attracts foreigners and is expanding in the world. In this article I will introduce the 5 attractive points that foreigners can feel in kendo.

*I put a questionnaire to the Facebook group “World Kendo Network”, and 165 foreign swordsmen and ladies responded. I will introduce this questionnaire result. (Multiple answers possible).

How much “Kendo” is spread worldwide? The International Kendo Federation was founded in 1970, and currently has 57 member countries (as of May 2015).
The World Kendo Championship Tournament is held every three years, and the 16th tournament was welcomed in Japan in 2015 (* 1).
It is said that the occupation of Japanese people is more than 70% of the world’s Kendo population, but further expansion in overseas will be expected in the future.
Among them, Kendo is very popular in Europe where 32 countries are members of International Kendo Federation (* 2).
There are also 15 dojos in Netherlands where I am staying currently. The area of ​ Netherlands is almost same as the territory of Kyushu in Japan, so there are so many dojos.

How is Kendo accepted in the world?

“Nihon Kendo Kata” is a form of practice in Kendo so we can learn various basic behaviors from it. For example, rules of decorum, stance, posture in Kendo …and so on.

It is a form prescribed by choosing the most fundamental action, and it is supposed to be mandatory along with Shinai practice, but in recent years there is a tendency to practice for Dan exams and public performance.

For foreign people, performance by real Japanese sword seems to be attractive.
One American man gave an opinion that “The charm of a “Nihon Kendo Kata” is a real, serious performance. I feel I am attracted to this serious artistry.”

There is a word “Lifelong Kendo”. From 3 years old to around 90 years old people play Kendo.
A German swordsman who began Kendo in Japan commented, “I was shocked that the elderly teacher continues to practice Kendo. It is a big appeal to be able to continue even getting old.”

Certainly, despite of their age, there are teachers who move so quickly and hit strongly. I witnessed a teacher making 1000 swings with kids though he is over 80 years old. (I’m sometimes worried about it. Is he really OK?) Many people are healthy even if they get old. In Japan, in Kendo Dojo, there is a strong volunteer spirit to raise children by all people who belong to Dojo. Kendo Dojo, which various ages belong to is also functioning as a regional community.

Kendo has culture that has been cultivated in a long history.
According to Mr. Toshinobu Sakai’s “The history of Japanese Kendo with English translation “, It is the strange phenomenon that battle technology was transformed into art.

In the process of building its technical theory, Kendo has a close relationship with religions, such as Shinto, Buddhism, and tradition such as Noh music and tea ceremony, and has become cultural.

Especially in Japanese swords, they do not only break nor bend easily but also cut well. Besides, Japanese craftsmen sharpen them so beautifully. We can see them not just as battle tools but as artistic things.

The spirituality and aesthetic sense of the Japanese people are glimpsed at sharpening excellent weapons and sublimating them to world famous art items.

Also, it seems that Japanese swords are not the only thing that can be felt with aesthetic sense.

“Armor, hakama and bamboo sword … I feel the beauty in the movement of the samurai. ” said by an American man.
Aesthetic sense is put in things and actions, such as dyeing hakama indigo, an armor made by craftsmen, and bamboo sword made in Japan, strictly prescribed movement.

No. 2: “Kouken-chiai”. Exchange through Kendo

Do you know the word “Kouken-chiai”?

”It is the language that taught to understand each other and to improve human beings through kendo. Love means that not only treating it carefully but also a feeling that I want to practice and play again. This word tells that the teaching of doing lessons and games so that it makes me feel that way.”

One Dutch swordsman said, “Originally, I began kendo to enjoy as just a sport, but now that I have friends it is more meaningful to me.”
Regardless of age and nationality, we can improve both humanly and technically while engaging with various people practicing Kendo.

No.1 : Japanese spirituality. Keiko for your mind and body In English we refer to “Keiko” as “Keiko”, “Training” or “Practice”, but one Scottish man said “Keiko does not mean training.”
On the website of the All Japan Kendo Federation, they stated that “The concept of Kendo is to discipline the human character through the application of the principles of the Katana (sword).”
One of the major features of kendo is that it is not a sport but a philosophy of human formation.
“Keiko does not mean training.” is a comment that is well understood.

One Belgian man commented that “Even if something can be done, I found new issues and it makes me stay humble,”.
We need to stay humble to not only technical improvement of the kendo, but also to our personality.

The charm of kendo I have been introducing so far, are attractive for not only non-Japanese people but also Japanese ourselves. 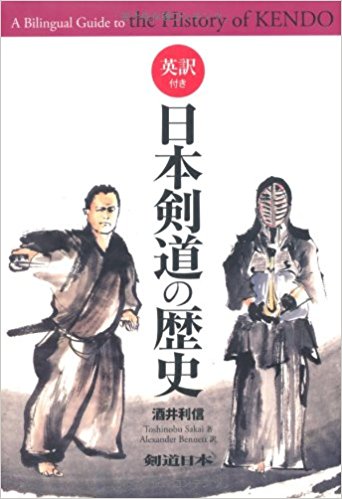 A Bilingual Guide to the History of Kendo
Toshinobu Sakai (Translated by Alexander Bennett)
20€
This is a book about history of kendo. You can learn not only history of kendo, but also Japanese religion,
culture and sense of beauty. If you want to buy it, please mail to me[[email protected]]. I can send it to you from Holland. 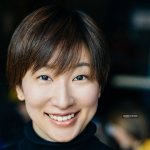